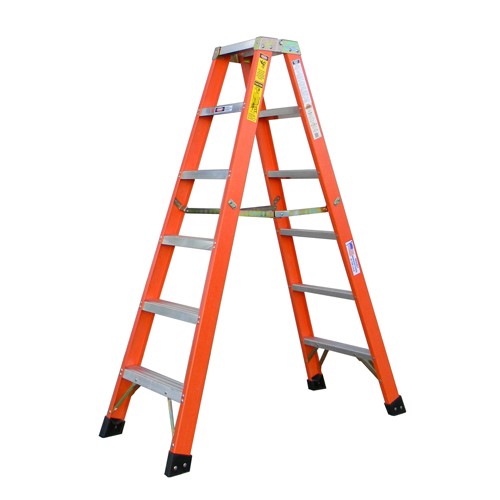 My father’s birthday was last week. Looking at an old picture of him, I’m reminded that I inherited many things from him – sense of humor, interests, temper, and (increasingly) a hairline.

He was an electrician by trade, working for several different industries over the years from film to public transportation. Through it all, he used to ply his electrician skills doing electrical work for various parish members. And, somehow, I ended up as the electrician’s helper.

Our typical working relationship saw him up a ladder, sending me to fetch various tools or parts – many of which, I had no idea what he was talking about. Thus would begin the dance, where I’d run and fetch something wrong, he’d yell at me, and repeat until either I found the right thing or he’d climb down from the ladder and get it himself. Eventually I learned a lot about electrical repairs and tools and parts, such that these days I can do most of these myself.

So there was this time that the Monsignor asked him to hang a ceiling light in one of the upstairs rooms in the rectory. We grabbed the tools and parts we’d need and headed over there on a nice Sunday afternoon. The priests were sitting down to a late lunch while we got to work upstairs.

Things went as usual. He opened up the ceiling and attached the electrical box, stringing the wires as you would. I lifted up the lighting fixture to him and watched him wire things. (Once the fixture was hanging, there wasn’t much for me to do.) He still had his glasses on as he finished wiring (but not closing) the base, and was climbing down the ladder to test the light when he missed a step and fell off the ladder.

His glasses were for up close, and didn’t help for seeing the rungs. He hit a chair next to the ladder and landed with a woomf. He couldn’t breathe.

I ran downstairs to the dining room and yelled at the collected priests that he’d fallen off the ladder, and raced back up again. Followed by a gaggle of priests. (Is that what they’d be called?)

It turns out he’d hit his solar plexus on the chair and knocked the wind out of himself. No permanent injury, apart from having to listen to the priests relate stories of various injuries they’d experienced in their lives.

Still, falling off a ladder and being surrounded by priests has to be good for your soul.

2 thoughts on “Charge of the Light Brigade”