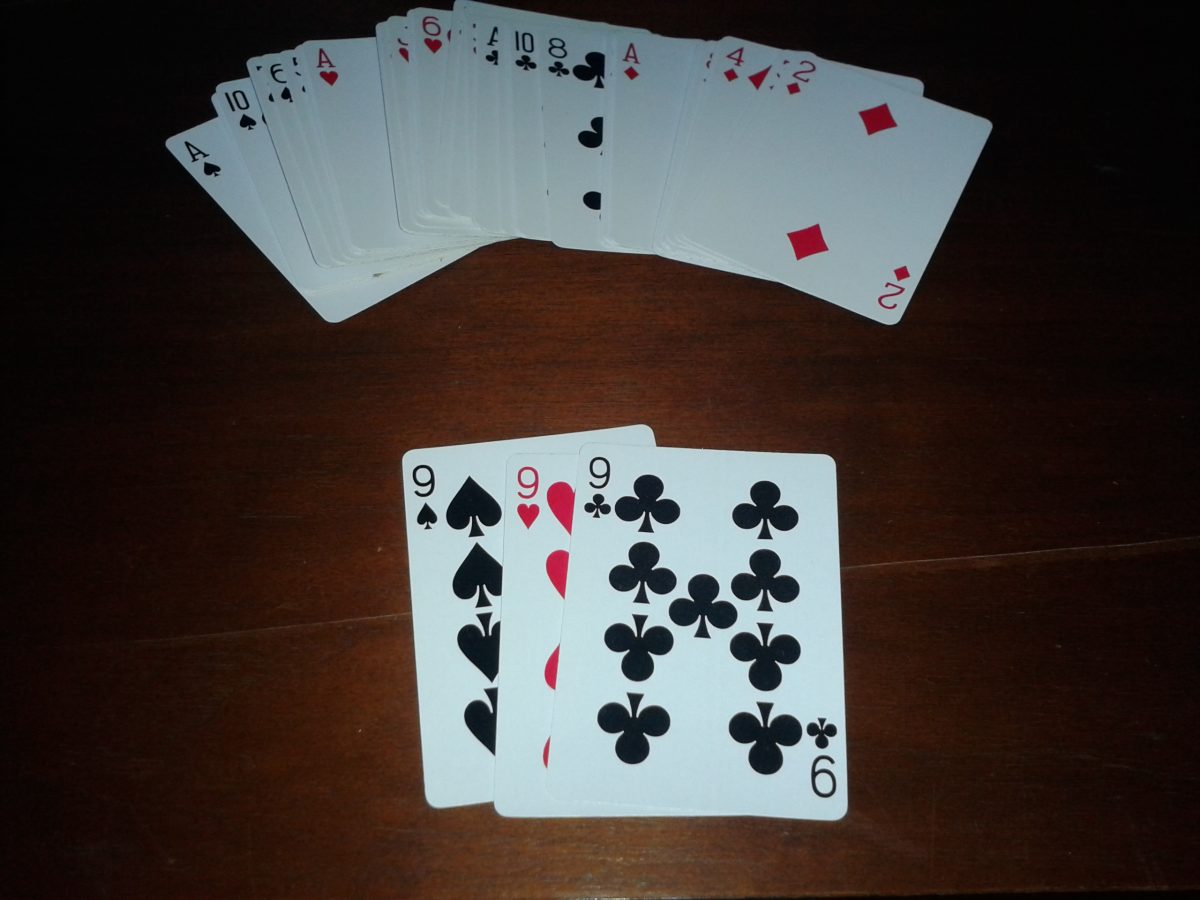 OK, I mentioned previously about my friend Andrew. So we’re hanging out this one time with my sister Debbie, and we’re playing a card game called Bullshit.

For those who don’t know the game, you deal out all the cards. Then, one player starts by declaring s/he’s discarding (face down) so many 2s, then the next player discards so many 3s and so on in order until Aces, then you circle back to 2s again. The object of the game is to get rid of all your cards. However, at any point anybody can challenge the discarder to prove they did what they say they did, with the requisite shout of “BULLSHIT!” This is easy when you’re staring at all the sixes in your hand, but the beauty of the game is in the random lies you discover when you have to pick up the pile.

So, anyway, Andrew is telling some elaborate story and not really paying attention. The pile has gotten quite large, and I’m almost out of cards. It’s his turn, and he won’t shut up and play, so we yell at him to make his move.

He throws down 3 cards and says, “Three eights.”

He picks up the cards.

He won that game.