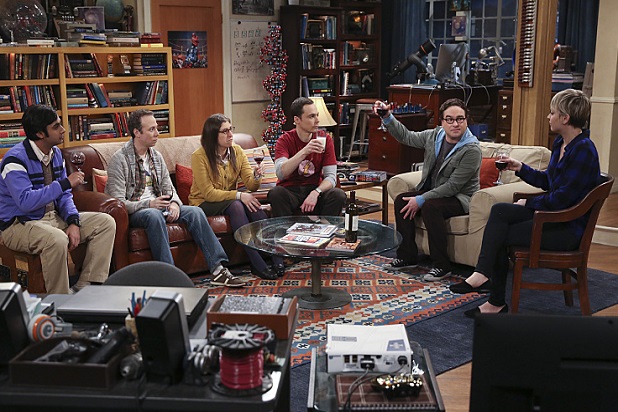 I remember my first birthday party. I don’t mean the times we just had Aunt Nelly and maybe a neighbor over for cake, I mean a real party with friends who wanted to be there. It was sophomore year in college.

Editor’s note: This was the post that derailed my daily publishing routine. Every time I tried writing it, the backstory would take me places too personal to appear here. That writer’s block remained until a dream I had (an hour or so ago) in which I was telling this story to a friend, using this new angle. That’s why I’m writing this at 5:30am instead of sleeping…

As I pointed out before, I started high school when I was 12 and college when I was 16 years old. So, pretty much everybody was older than me. This made making friends a challenge.

But not an insurmountable one.

You know that TV show the Big Bang Theory? In it, Sheldon Cooper is a really smart kid that has trouble relating to people. He connects with Leonard, his first real friend, through their mutual love of physics, and through Leonard expands his friendships to other people. That was me, sort of, except I wasn’t a Physics major and my IQ is only 145. (And my mother never had me tested to see if I was insane.)

I took Physics 101 in my first college semester. Chuck was my lab partner, and we hit it off fairly well. Chuck was a Physics major and introduced me early on to the Physics Department’s Student Resource Center. At least, I think that’s what it was called – we only ever referred to it as the Physics Fun and Game room.

Anyway, that’s where I made some of my first real friends on my own (that didn’t know my Mom or lived in my neighborhood.)

Editor’s note: Wasn’t this supposed to be a story about a birthday party?

OK, so sophomore year we were hanging out in the Fun and Game room and somehow the fact that it was my birthday came up. So my friends put their heads together and invited me over Dave’s house that night. When I got there I was pleased to see my school friends – Tony, Dawn, Steph, Patty, and Chuck – had all convened. Dave left me with a drink and instructions to pick something from his record collection and listen until they all got back; then they piled into his car and took off.

After checking out his extensive record collection, I settled on side four of Led Zeppelin’s Physical Graffiti. (I was a sucker at that point for The Wanton Song.) They returned shortly thereafter, and I heard Dave’s cryptic comment, “See?” before I was greeted by a birthday cake. With a candle. And singing.

And for my birthday present? They bought me a cassette tape of… Physical Graffiti. See?

It was my best day, so far.

1 thought on “Best Day So Far”