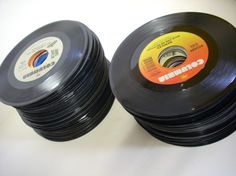 No, this isn’t a post about my first sexual encounter. (An interesting story, but don’t hold your breath waiting to read about it.) This actually deals with the musical influences I’ve had over the years.

As with most, my initial influence was my family. My parents contributed big band and movie soundtracks – Glen Miller and Arty Shaw mixed with Fantasia and Rogers & Hammerstein. From my brother Joe there came 60’s rock bands like Three Dog Night and the Bee Gees (very pre-disco days), while sister Shaelee contributed the Beatles and Motown. The radio was next to useless – even then, not much variety from top 40 AM stations.

My Mom teaching me how to play guitar was another family influence, in that with choices like Down In The Valley and Greensleeves to play you were desperate to find songs you could handle that didn’t suck. (That was an early musical revelation, that many songs basically used the same chord progressions presented in different ways.)

When I got past the family, that’s when things started to get interesting.

Hanging out with Andrew started my independent musical journey (independent from my family, that is.) His dad had an eight track player (yes, I’m old) and one of Andrew’s prized possessions was his Kiss Destroyer tape. That introduced me to my first Heavy Metal phase (bear with me.) From there we branched into other metal bands like AC/DC and Jethro Tull. (Yes, that’s a Grammy dig.)

College was another growth spurt, in two areas. When Helen’s boyfriend (later husband) Tom saw my idea of heavy metal, he shook his head and lent me a mix tape of some of his favorite metal. Enter bands like Judas Priest and Scorpions. He’d go on to bring many bands to my attention I might never have noticed, although not all of them were worth it.

The other college influence was my friend Dave, who introduced me to Led Zeppelin, Pink Floyd, and Yes. We spent (too) many hours in his car jamming to great tunes, on our way to concerts or bars or just hanging out. A large chunk of my current music collection comes from tunes I first heard in Dave’s car.

Lastly and surprisingly, a major influence was MTV. When it came out, I’d pretty much given up on the radio and so the early videos were my only exposure to new music. (Or, rather, music by new bands.) For example, I fell in love with Primus because of their live MTV Spring Break performance of Tommy the Cat. More impactful, it turned out, was a little show called Beavis and Butthead. Interspersed with the foolishness and/or comedy were the snippets of music videos that, again, exposed me to bands I might not have noticed like Tool and Stone Temple Pilots.

When I look at the music collection I have now, I see evidence of all these influences. Movie soundtracks, big band, Motown, 60’s rock, Floyd/Yes/Zep, metal, and others play a big part in my collection.

Which I’m listening to right now.