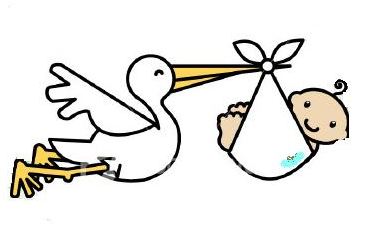 “Halloween in February” week ran a bit over, but technically this story isn’t a Halloween story at all since it happened the day before Halloween. However, it started several weeks before that.

My sister Helen was pregnant with her first child, what would be my Mom’s first grandchild. Somewhere in her second trimester, it became a tradition that every Friday or Saturday night Mary and I would have a date night with Helen and Tom – a movie, or the arcade, or a restaurant. Something fun. And, because it’s me, over the course of the evening I’d crack some jokes and make Helen laugh and we’d all have a nice time.

So one night in late October we caught a movie then hit the Ground Round after. I was on fire that night, everything I said was comedy gold. Or, at least, Helen thought so because she couldn’t stop laughing. So after the evening broke they headed back to their apartment and I took Mary home and went to bed.

I was roughly awakened early the next morning by my mother, telling me I had to get dressed quickly and drive over to Tony’s house. (Tony is my college friend who lived in Mamaroneck, a 30 minute drive north from the Bronx.)

Half asleep, I got the sense of urgency but didn’t quite understand why Tony couldn’t drive himself wherever he had to go.

Mom keeps poking her head in telling me to hurry up before she has a baby. After a few minutes that sunk in and I thought: “Tony’s mom is too old to have a baby, and his sister isn’t pregnant…”

Turns out she was telling me to get over to Tommy’s house. Now, nobody called him Tommy except her, so it was a bit understandable. I hopped in my car and headed over to their apartment.

It seemed that after a night of laughter, Helen woke up in labor so she got Tom to get dressed and take her in. (That sounds so much calmer than I’m sure it was, in reality.) He raced her downstairs, sat her carefully in the car, jumped into the drivers seat, turned the key and… nothing. Popped the hood, noticed the battery was missing (presumed stolen) and told her, “I’ll be right back.” Raced back upstairs and called my Mom.

So I pulled up and they’re still waiting outside, Tom pretty much as outwardly calm as ever and Helen understandably nervous. I piled them into my car and took them to the hospital. No recollection which one it was, but I seem to recall it didn’t take very long before I was an uncle at last.

I guess laughter really is the best medicine at that.