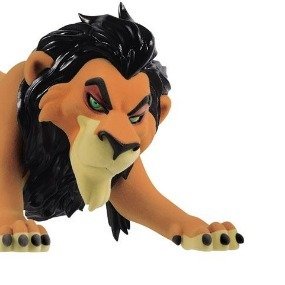 I have my share of scars, some medical and some accidental.

One of my first scars was borne of a foolish childhood accident. We were playing tag or some such that involved running. I ducked between a person and a car and my cheek struck the rigid car antenna sticking  up from the front fender. It didn’t hurt terribly much and didn’t really bleed, but to this day I have a small half-moon scar on my cheek.

Of the axe I’ve already written, and I still have that scar on my shin.

I did get one in my teens that greatly concerned me at the time. As I’ve mentioned before, my dad did freelance electrical work for our neighbors and for our own house. Once I was old enough, I got drafted to be his electrician’s helper. (This mostly involved holding the ladder, running to get tools, and getting yelled at.)

There was this time where we were fixing something or other, and he asked me to fetch a scraper. (Big, flat blade, smallish handle, for smearing putty on a surface or scraping off same.) We were on one the upper floors of the house, and the tools were in the basement, so I took off down the stairs. The tool room was a rough closet the previous owners had built, and dad padlocked it and filled it with gobs of tools and screws and assorted bits and bobs. I, of course, didn’t know where the scraper was which delayed me getting back to him.

He didn’t like waiting. (I suppose that’s where I get it from…)

When I finally found it, I knew he was getting angry about the delay. So I shoved the scraper into my back pocket (handle down) and ran up the stairs.

As I ran I pumped my arms back and forth, and my hand unfortunately came down squarely on the scraper’s blade. Which was sharp. And painful. I pulled my hand back to see blood pouring out of a one-inch gash in the heel of my right hand.

I distinctly recall being less worried about having injured myself than I was that he’d yell at me for it.

I sprinted to the kitchen and ran my hand under a spray of cold water. Direct pressure didn’t stop the bleeding right away, which brought a small degree of panic. Yelling from upstairs didn’t help either, nor did the inevitable pounding of feet descending to find out what the hell I was taking so long about.

We got my hand bandaged up and back to work. Looking back, I probably should have gotten stitched. I still have the scar, although at this point it looks like an addendum to my life line.