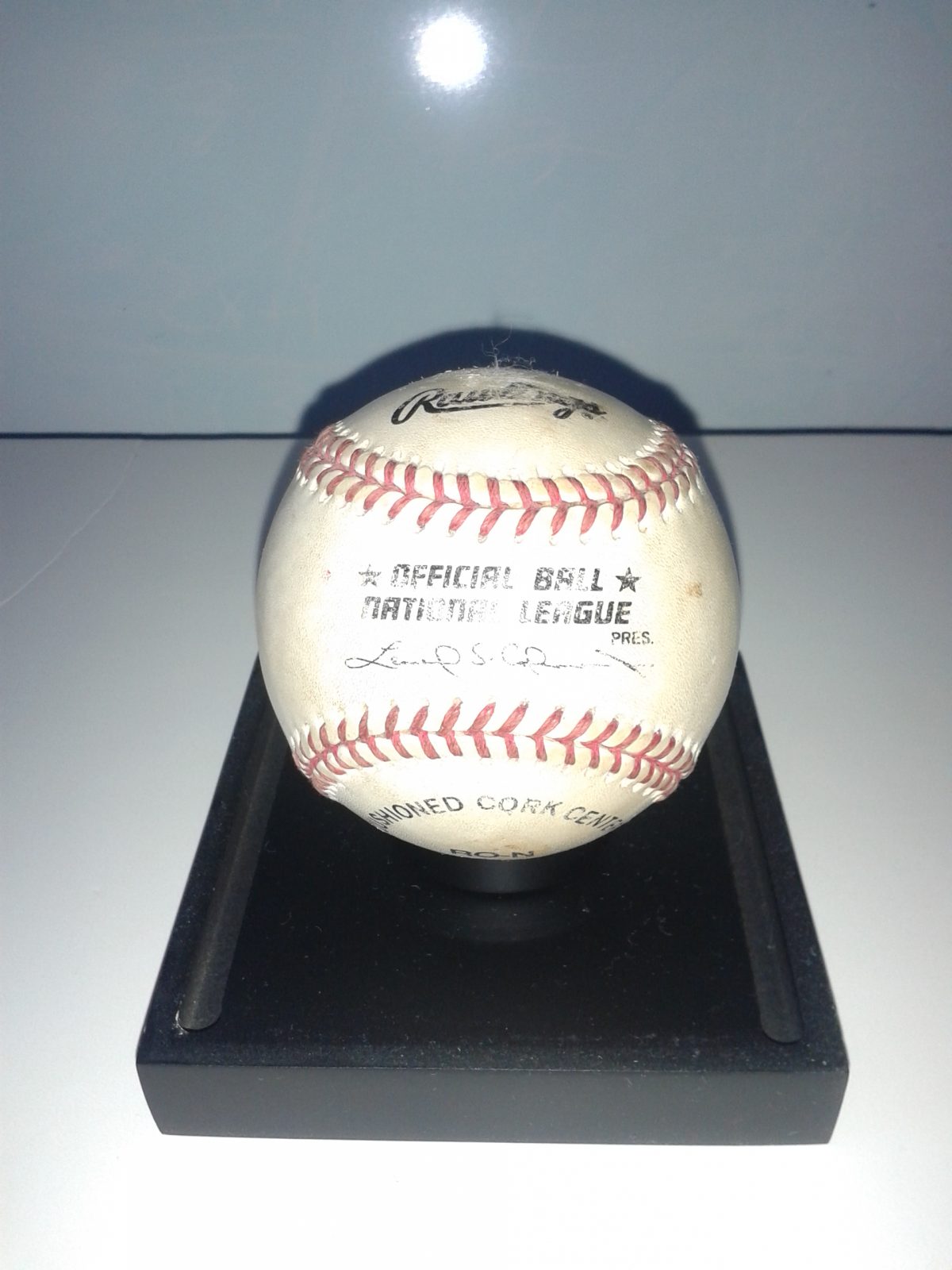 I had a work trip to Chicago one summer, with a full day scheduled to set up for a presentation the next day. Well, I get there and it took like an hour to prepare, at which point I had nothing to do.

So… are the Cubs in town?

Now I’m a Yankees fan by nature, but I can appreciate a great stadium. So I look up the schedule, and sure enough the Pirates are in town. So I hop in my rental car and head out to Wrigley.

The rental car… I’m driving a Honda Civic at home, so I asked for a mid-size. They gave me a Lincoln Continental. The hood of that car was longer than my whole Honda. When I needed to park I had to call in the harbor master. (Tugs his tie.) I tell ya, that was a big car.

Now I’m used to going to games at Yankee Stadium, with the elevated trains and commercial avenues and crowds and such. I pull up in this suburban-looking neighborhood of houses, and look across the street and there it is. Weird. Some lady waves at me from her driveway, and lets me park there for $10. ($10 parking for a Yankee Game is somewhere in Queens.)

I walk over to the stadium and run into a scalper. I buy a field level box seat for $20 and head on in. I’m sitting between home and first base, 3 rows in and nearer first – nice seat. The game is already in progress, but it takes me a while to get a sense of the internal layout of the place.

Turns out that the Cub pitcher has a perfect game going, which I don’t realize until it’s broken up by a single in the sixth inning.

Around the seventh, a Pirate batter pops a foul down the first base side. The fans in front of me reach up for it and it bounces off a guy’s thumb, hits the ground, and bounces right into my hand. In the pocket it goes.

You see, I’d taken my daughter Diane to her first game a few weeks back, a minor league game at the Orlando Cubs. We had REALLY close seats to home plate, and no screen, so I warned her about keeping an eye out for foul balls. She took that to mean a foul ball WOULD come our way and was profoundly disappointed when it didn’t happen. So, I figured I’d bring her that one as a consolation. She didn’t really care about it, so it sits in my office now. (That’s it in the photo.)

I offered to buy the thumb guy a beer, but I was keeping the ball.

The Cubs scored a couple of runs, and won the game when their closer struck out a svelte Barry Bonds for the final out.

After the game I got to walk by the outfield wall and touch the ivy. It was a great baseball day.