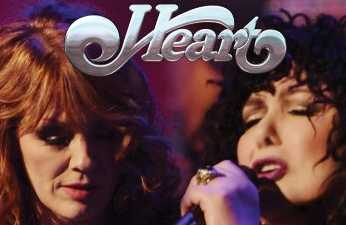 So after Mary and I had been married for a couple of years and she was pregnant with Diane, my friend Dave talked us into trying to scalp tickets to a Heart concert at the Brendan Byrne arena in NJ.

Now Dave and I had gone to quite a few shows before that, and scalped tickets a few times. There’s a world of difference between sitting in the nosebleed seats and sitting down on the floor, and once you get a taste of the floor seat experience it’s hard to go back to the rafters.

So we headed on down to the Meadowlands, parked, and started wandering around. It wasn’t hard to find scalpers, but you had to pay attention. Sometimes you might get some idiot trying to sell homemade tickets, other times they’d have real tickets but not for that tour or that night.

So we’re checking out different options, and we find a guy that has a pair in the front row center section. I’m staring at these tickets trying to make sure they’re good, and Dave is telling me to just get them and he’ll figure something out on his own.

Dave had been down this path before. The security is usually pretty tight for floor seats – they make sure you can’t get to the floor unless you have floor tickets, but then don’t really pay much attention once you’re there. He’d just been to a concert the week before where he got a floor ticket way in the back, but wandered up and hung out near the front as everybody stood the entire show and hid the fact that he didn’t have a chair.

So I bought the pair for Mary and I, and Dave found a single about 20 rows back from us, and we headed into the show. There’s nothing like going into a packed arena and making your way to front row center!

We found our seats up front, and Dave found his way back. He sat there for a few minutes, trying to think of how to get up to where we were. Finally, he decided to wander by and tell me to come back and get him once the lights went out.

So he’s wandering by our row just as the lights go out and Heart hits the stage. We can’t hear him, and then he realizes, “Oh wait, I’m here already.” So he just stopped and stood next to me, again camouflaged by everybody standing up.

Heart rocked that night, fresh off their comeback “Heart” album. One hit after another, and then they did a slow song. A few people sat down.

Then they did another slow song, and a bunch more people sat (including Mary.)

Then they did another slow song. Uh oh… pretty soon the entire audience is sitting, except for Dave and I. (And not three feet in front of us sat a bouncer who kept looking over at us.)

I just continued to stand there, enjoying the music, and “knowing” if I didn’t sit then Dave wouldn’t get busted.

And then they launched into Barracuda, and the audience erupted onto their feet again.

It was a magical evening, and everything was great… until the encore, when the bouncer near us suddenly launched at us, knocked us aside, and dove into the crowd behind us. Apparently somebody had the nerve to try recording the show. No harm to Mary, and Diane got to enjoy her first concert in utero.