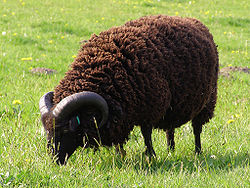 Groucho Marx famously said, “I don’t care to belong to any club that will have me as a member.” I know how he felt… I once joined a club I definitely didn’t want to be a member of.

Let me tell you about the Black Sheep Squadron.

Back when I was working on sales automation for Harcourt, we had a central database that fed the separate databases we setup on a couple of hundred sales person’s laptops. The system was such that when we made changes to the central database, it would automatically send updates to everybody’s laptop.

So one fine morning I decided that we needed to refresh the school table to update all the names. I won’t get into the intricacies of the entity relationships in our database, but suffice to say that this was a foundational table – all of our data revolved around the school table, which was why I needed to update it.

Unfortunately, what I initiated wasn’t simply a refresh of the names. It totally rebuilt the school table. With brand new key values for each school, which meant the professor table would need to be updated. Which meant… well, instead of a minor update I had started a total rebuild going out to EVERYBODY.

This was a big-time screwup.

It took most of the day to undo my mistake, during which we had to cut off anyone from syncing up their laptops and sending/receiving their work.

My friend John and a handful of his colleagues dropped by my office. Having heard of my mistake, he and his crew had a brief discussion and decided that I’d qualified to join the Black Sheep Squadron. It was a group John started years ago, in which the only requirement for membership was to try to do the right thing but get in trouble for it. I was given the official BSS seal, which I have (unfortunately) since misplaced.

Editor’s note: I tracked down John on LinkedIn and he did in fact have an old drawing: 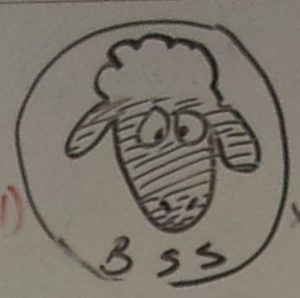 After a good laugh all around (by them) I didn’t feel like an idiot anymore.

But we live and learn, so for all of you potential BSS recruits out there, keep on trying. You’ll screw up big one day.