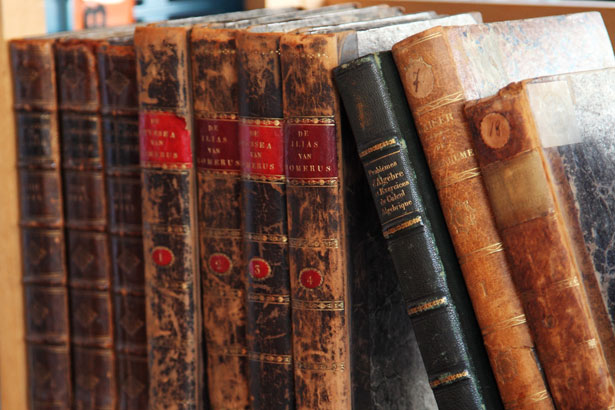 I mentioned last month about starting the Brodsky Olympus Bound trilogy and finally getting the third book. Well, Olympus Bound was my first read of the month and it was every bit as good as the other two. Again, I heartily endorse this trilogy if you like your fantasy more reality-based, or at least based in real-world places. (That is, if you call New York City a real-world place…)

As I wandered the library’s A-B section I ran across a couple of new (to me) titles. I’ve read many Isaac Asimov books over the years, but this was a new one. Return of the Black Widowers is a set of short stories where the Widowers meet for dinner once per month to consider a mystery and try to solve it. The main characters were loosely based on close friends of Isaac’s. Asimov wrote many of these stories, and this is one of several compilations. I you enjoy mysteries this is a good one.

Another favorite author of mine is Dave Barry. Winner of (I believe) two Pulitzer prizes for his humor columns, he had success with his first fiction novel Big Trouble. (Later brought to the big screen starring Tim Allen, Renee Russo, and many other big names, it is one of my absolute favorite comedies. If you run across the movie, by all means watch it.) I found another fiction work of his in Tricky Business, set in (surprise!) South Florida. I very much enjoyed this one as well.

Around this time I was applying myself more fully to writing my fantasy novel, and was realizing that it was becoming more of a mystery set in a fantasy milieu. I wanted to avoid reading any fantasies (so as to avoid the risk of conscious or unconscious plagiarism) and so decided what I needed was some more mysteries.

My next book was Agatha Christie’s Murder on the Orient Express. I’d heard of Hercule Poirot but somehow had never read this one (nor seen the movie.) It was a very unconventional mystery that I enjoyed very much.

For some reason, my library lumps all their fiction together in a large section of shelves, all alphabetical by author, which makes focusing on one genre challenging. Luckily they also provide lists of authors in specific genres to make it easier to find. So, armed with the Mystery sheet I randomly chose another title. Body in the Piazza by Page was somewhat of a disappointment, especially on the heels of Christie’s classic. Page’s work read more like a travelogue with a garnish of mystery, a love affair with small towns in Italy. It even boasted a section at the end with recipes mentioned in the story, FFS.

Lest you think I recommend everything I read, I do not recommend this one. In fact, I was so distracted by the poor quality that in my rush to finish it I found myself without anything to read next. Luckily I had a classic I’d bought years ago and hadn’t yet read.

Agatha Christie’s And Then There Were None was a very good book. I think I saw the movie years ago, but recall nothing of it. I have, however, seen countless parodies of it. Still, as another unusual mystery I found it very engaging. I’ll have to return to the Christie universe at some point to see if all her tales are like that.

At this point I found myself wanting to stick to mysteries but wishing for some science fiction – it had been two months since my last scifi! So, I decided to compromise with some Asimov rereads.

As he tells it, legendary editor John Campbell often said that scifi and mysteries were contradictory, because you could always come up with something otherworldly to explain away the solution. Asimov took this on as a challenge and wrote my next three books – Caves of Steel, Naked Sun, and Robots of Dawn. He does a masterful job with all three, and they while all are set in futuristic environs they are as standard mysteries as any other. Earth detective Elijah Bailey and his robot partner Daneel Olivaw solve cases on Earth and the colony worlds of Solaria and Aurora. Very entertaining!

I finished my last book on April 30, with about 37 minutes to go before May. I’d read several Larry Niven books in the past, including his classic scifi Ringworld series. The Goliath Stone, a collaboration with Matthew Joseph Harrington, was interesting but not terribly enjoyable. The main characters were a cluster of nanobots and two geniuses with a love of obscure references. The story was fine, but the dialog would have made Dennis Miller say, “Wait… what?”

So, my list looks like this:
26. Brodsky, Olympus Bound
27. Asimov, Return of the Black Widowers
28. Barry, Tricky Business
29. Christie, Murder on the Orient Express
30. Page, Body in the Piazza
31. Christie, And Then There Were None
32. Asimov, Caves of Steel
33. Asimov, Naked Sun
34. Asimov, Robots of Dawn
35. Niven/Harrington, Goliath Stone

Well on the way to exceeding 100 books for the year.