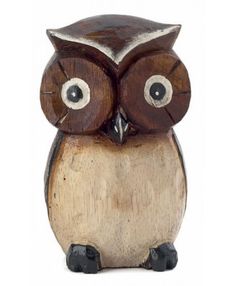 My father in law had a problem. His neighbor in Las Vegas had a large dog he kept in the backyard, so there were the requisite water and food bowls. Unfortunately, that attracted several pigeons, who spent their days sitting on my father-in-law’s roof waiting for the dog to look away so they could swoop down and eat.

And, naturally, pigeons hanging out meant pigeon droppings on the roof and below.

So, following the advice of the good people at Home Depot, he bought a wooden owl and mounted it on his roof. The idea was that the owl would scare off the pigeons.

It didn’t quite work that way. In fact, the pigeons were so unimpressed with the owl that they pooped on it. A lot.

What to do? My father-in-law put on his thinking cap and came up with an ingenious solution. He got a broken mylar balloon and cut some strips from it, then attached the end of those strips to a wooden stick. (So it looked like a whip, of sorts.) Then he nailed the stick upright on the corner of his roof.

Whenever the wind blew (and, in Vegas, the wind usually blows) the mylar strips flapped and snapped and made noises. The pigeons didn’t like that one bit, and soon vacated the roof for parts unknown. No more bird poop problem.