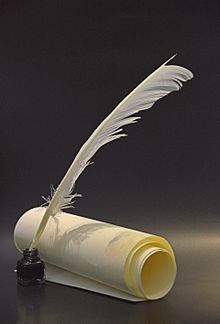 I mentioned a while back that I had started writing a novel, so I thought I’d share the genesis of the idea.

We’ve all heard of Bucket Lists, but in case you haven’t it’s supposed to be a list of things you wanted to do before you kicked the bucket. Some folks at work started talking about bucket lists one day and it got me thinking.

Editor’s Note: The reason for the conversation was that we were all huddled in a basement hallway for 90 minutes waiting out a tornado warning. Good times.

Now, when we were little kids, writing a Christmas list was easy. You just write down everything on the TV commercials and most of the stuff in the Sears Wishbook. I noticed that some people seemed to take the same approach with their bucket list. In my mind, though, there are two parts to it:

It seemed like many people had things on their bucket list that were way too ambiguous – TRAVEL can be anywhere, including the supermarket – or too ambitious – KISS JAKE GYLLENHALL, when you never leave Indiana? So I wanted to only put down specific things and then see what I could do to accomplish them.

After some careful thought and soul-searching, I decided something I’d always wanted to do was to get published.

Over the years I’ve had some unusual dreams, and I don’t just mean the content. I often dream cinematically, with character development and foreshadowing and such. Also, some nugget of something will get stuck in my brain – a question, a premise, a character or setting – and I’ll build a whole dream around that.

So I had a dream one night based on a literary premise: In The Hobbit, Gandalf is the wise old man who rides into town and convinces a regular guy to go on an adventure that succeeds. Terry Brooks also writes stories featuring the wise old man that does the same. Hell, even Star Wars to some extent follows this trope. So I wondered what if the wise old man wasn’t in fact very wise?

Enter my dream state, where I converted this premise into an interesting and humorous scene. Which stuck in my brain for several months.

In chemistry, the catalyst is what makes the ingredients do what they do. So we have the dream stuck in the back of my brain, and the desire to get published. Enter New Years Eve, where we’re supposed to come up with a lie we tell ourselves about self-improvement that won’t last a week. Well, this year I wanted to come up with a good one, one I’d actually do. And here I had this idea, and a strong desire to see it come to light.

So I started writing. And, because it originally came from a dream I had, I decided to call it DreamWorld.

As of this writing, I’ve taken almost a week off due to travel. Still, I have nearly 60,000 words written – well on the way to my target of 90,000 words. (At my current pace I should be finished late June or early July.) It’ll need some beta readers (thanks Kathleen and Tony) and a round of editing, and then the fun begins.

Will he get his book published? Tune in later this year to find out!