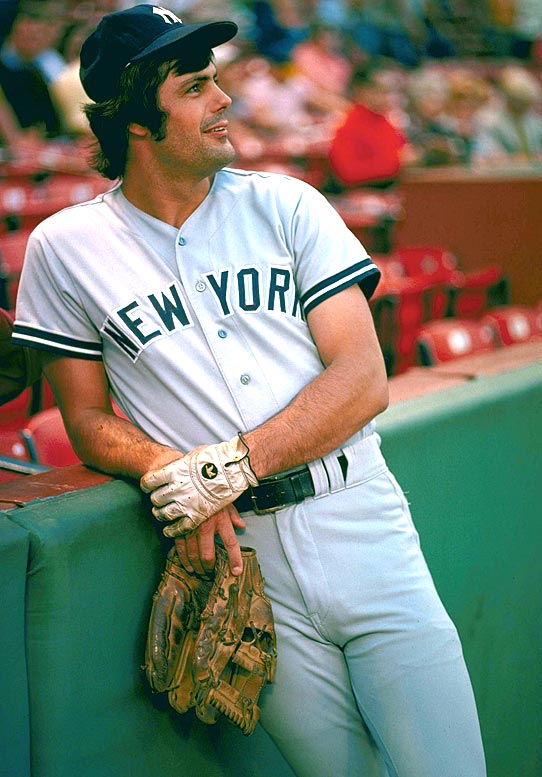 One thing I loved about growing up in the Bronx was that you could hop the #2 subway down to 149th Street, then transfer to the #4 heading up to 161st Street and Yankee Stadium. Yes, it was not the greatest neighborhood. But, the magic of the atmosphere inside was unlike anything I’d ever experienced.

Plus, you could pack a sandwich lunch and sit in the upper deck, and the whole thing would cost maybe $6 total.

So one day Andrew and I decided to hit a day game (I think it was in early summer of 1978.) We hopped the subway and got there hours before the first pitch, so we could watch batting practice (which is always fun from the upper deck in right field, if you could catch a ball. Which we never did.) I don’t recall who we played that day, but as I was in a good mood afterward I’m pretty sure we won.

So here’s where things got interesting.

While we were wandering around the stadium during the game, Andrew ran into some classmates of his also attending the game. They said they’d be trying later to get some autographs, and would maybe catch up with us after.

So as the game ended Andrew and I decided we’d do the same.

Granted, neither of us brought autograph books. Or pens. Or paper.

So I had my program, and we scrounged up a pen somewhere, and went wandering the perimeter of the stadium to find a good place. And we ran into Mickey Rivers, center fielder for the Yankees, who was happy to sign our scraps of paper. (I think I still have it someplace, not sure where though…)

That was about all we could accomplish, so we left for the subway station.

We ran into Andrew’s friends at the station, and after chatting about our aborted attempts at autograph seeking they met some guy that was sitting near them during the game. He told us, “I think Lou Piniella is down the other end of the platform.”

Andrew’s friends took off running like the devil himself was behind them, so Andrew and I followed half-heartedly.

Don’t let me imply that I was super-cool about the whole thing, I would have been ecstatic to get Lou’s autograph. He was one of my favorite players. I just didn’t want to go tearing across the place and have Lou think I’m some sort of idiot.

So they ran the length of the platform, and no Lou. We caught up and still no Lou. They ran back the other way, and we followed.

So the guys swarmed him for autographs, and damned near knocked him off the platform onto the tracks. I hung back and when he was done with them, asked politely for his autograph. “Please.” I added, just so he wouldn’t think we were all barbarians. He obliged, grudgingly.

So the #4 pulled up and we all got on. I realized that Lou had one or two “friends” with him, that discretely blocked him off from our gang. But, as the car was already full, we all had to stand holding the straps. And I got a great view – within a foot or so – of Lou’s 1977 World Series ring.