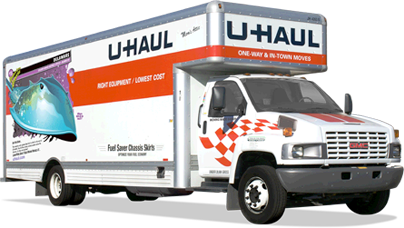 Have you heard the old joke about the kid who’s parents moved while he was at school?

That actually happened to me. We were living on Carpenter Avenue in the Bronx, about 6 blocks west of my grammar school, and that morning we moved to a house on 226th street a few blocks east of the school. I didn’t know the address, but my mom said we were next door to Debbie’s friend Alex. So I found Debbie, she found Alex, and he showed us where we lived. (Thanks again, Alex.)

That was just one of many, many moves our family seemed to make over the years. I’m not sure how it worked out, but it seemed like somebody was moving every six months or so. That usually meant a rented truck and all hands out carrying things up and down stairs.

For me, I was 110 pounds soaking wet and not much in the muscles department. The niche I carved for myself was stacking the truck. I can honestly say nobody ever played a better game of furniture Tetris than I did – I never EVER had anything damaged on my watch.

Another time, my sister Shaelee moved to an apartment a block or so away from her old place, so we spent all afternoon carrying her stuff down the street. It made a nice parade for several of her neighbors, who sat on their porches and watched us.

We of course had lots of help over the years, with boyfriends and (later) husbands to lend a hand. And, of course, I have to mention my friend Tony who got roped into many of our moving adventures.

When we moved from Monroe to Orlando FL, we had professional movers handle our things. It was a blessing not to have to deal with that! Once we got there, we found we needed to pick up a few additional pieces. My brother Joe’s company had an office down there that they were closing, so we ended up getting some Florida-y living room pieces. The trouble was, we had to go get them.

Enter Tony, who had come down to visit while attending LotusSphere that year. “Hey Tony, did you bring some old clothes?” Yup, I asked, and he agreed, and once again we were moving stuff.

For our move to Fort Worth, we once again had professionals move us. Still, all they did was put the stuff in the house. Mary drove us crazy with unpacking everything, until we had unpacked every damned box by 3am the next morning.

Yeah, we know a thing or two about moving.