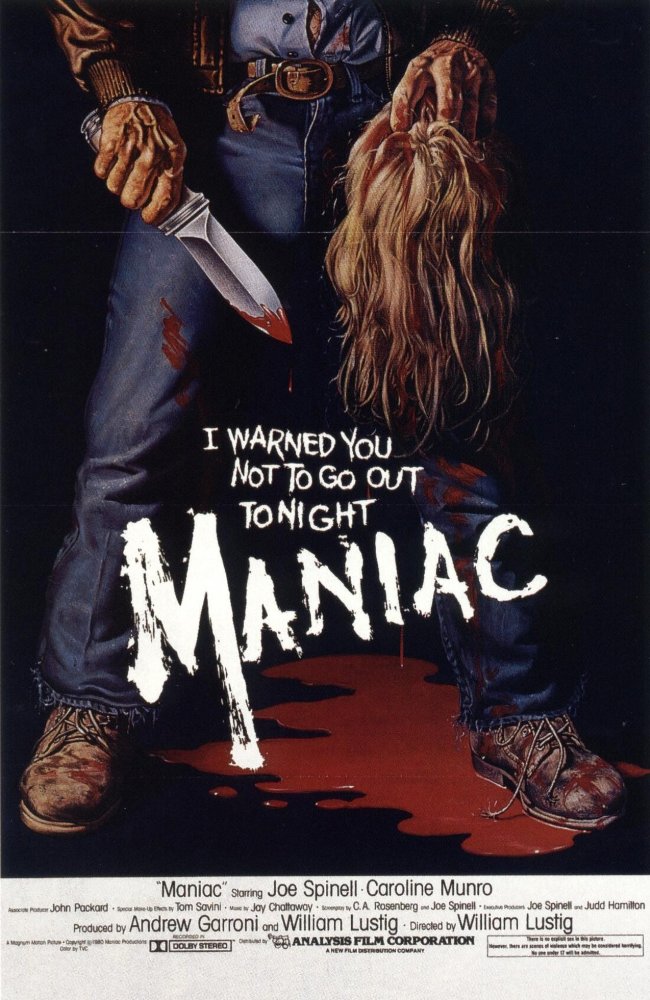 Back in the late ’70s low-budget slasher films were all the rage in Hollywood. The success of movies like Friday the 13th and Nightmare on Elm Street got producers hooked on the idea that cheap young actors plus fake blood equaled PROFIT! so they were cranking them out like crazy.

And, of course, the Jersey crowd ate them up.

So Mary and I and her sister Rose and her cousin John and my friend Andrew and a cast of thousands went to every damned slasher movie there was, and we inevitably would make an evening out of it. A little hanging out, a few beers, the movie, and some more hanging out. It was great fun.

Until Maniac came out.

It was a mostly forgettable slasher flick, typical of the genre. What made it special, though, was that the climactic scene – where the slasher chases the heroine through a cemetery – was filmed in a cemetery in a town near where Mary lived.

So the bunch of us hit the theater, and afterward piled into our cars and drove out to the cemetery. I think Andrew was riding with Rose in the lead, with her friend Susan driving in the middle and Mary and I bringing up the rear.

The cemetery was a jumbled of small hills and winding turns, so we quickly lost sight of each other. So Andrew at some point hopped out of the lead car and hid behind a tombstone. When Susan pulled around the turn, he jumped out screaming at her – she almost crashed her car!

Editor’s comment: See Rose, I told that whole story and never brought up Cathy’s Revenge. Or was it Cathy’s Curse?