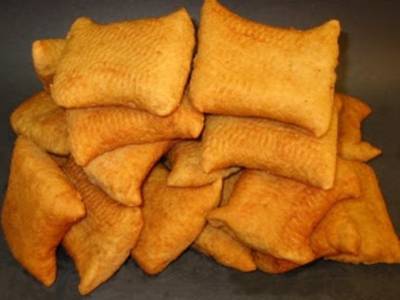 Recently my family scheduled a quarterly birthday party, and I took some time off from work to attend.

My immediate family lives in the greater New York City area, although scattered far and wide. Apart from my 12 hour distance, most are 2 or 3 hours distant from each other. Thus, we try to have fewer get-togethers that address multiple reasons. This party included two anniversaries and 8 birthdays that happened since the last quarterly party.

Mary and the adults couldn’t take off from work, so I drove by myself. After all, 727 miles isn’t that far. So, on a still dark Friday morning at 6:30am (lousy farmers!) I set out for New Jersey in a light drizzle. The drizzle turned into a steady rain, then into a downpour, and back and forth for the entire drive.

Apart from the rain, it wasn’t that bad until I reached New Jersey. Somewhere around 100 miles from my destination I encountered a series of minor accidents, each one causing traffic backups (I suppose as the drivers slowed down to ask the cops to move the bodies closer…) The overall 12 hour trip ended up taking about 13.5 hours because of that.

Had fun hanging with my big sister and her husband. She asked me the following morning if there was anything I wanted to do. Now, I’d grown up in New York and I wasn’t about to go playing tourist. No, like any self-respecting expat New Yorker, I had food items to acquire!

First on the list was potato knishes. A standard fare at any Jewish deli, the knish is basically a battered and seasoned mashed potato patty. You eat them warm with yellow mustard. Not brown mustard, not dijon. Yellow.

Editor’s Note: There are food rules. Learn them.

I also had other items on my food list:

Editor’s Note: That was the supermarket that featured an entire aisle of ramen noodles and (I swear I am not making this up) an honest-to-god talking toilet.

So, armed with this list we set out on Saturday morning. We hit a few of the supermarkets around her, hoping to find knishes in their deli section. No dice. So we hit a few more. Again, no dice. Shaelee suggested that we go to the town where she gets her hair done since they have a large Jewish population. Drive drive drive… and we’re there.

“Oh this place might have it… no wait, they’re closed.”

“How about this… closed.”

At this point it dawns on me that driving around looking for a Jewish deli on Saturday isn’t going to work very well, as that’s the Sabbath and they’ll be home. Duh. (“Saturday is like Sunday, only Jewish.”)

As we drive Carlos tells me about the house they sold after 20-30 years. He’d spent so much time on landscaping, and the new owners destroyed most of it. We decide to swing by to take a look, and sure enough it was an ecological (and aesthetic) disaster. Their loss.

Down the block and turn towards the road to return to Shaelee’s place, and as we swing by her old supermarket she suggests that we try there. Hell, we hadn’t found the Cafe Bustelo yet and they might have it.

As we walk inside I can see all the way through the store to the deli section, and the plate of knishes like the Holy Grail calling to me! I tell the woman I want a dozen knishes, and in her clipped Russian accent she asks, “… that’s twelve, right?”

So after all our searching I finally got my knishes. (And a bottle of French’s Yellow Mustard, because Food Rules.)

The miso paste was a bit trickier. There are plenty of Asian supermarkets in New Jersey, but they’re real Asian supermarkets. Product labels have little or no English, making searching for things a challenge. We found the miso paste section (after asking somebody) and there were many choices, none of which I could read well enough to distinguish. I ended up picking two that had interesting packaging. Then, since a miso soup recipe I found mentioned bonito flakes we went looking for them. For the uninitiated, bonito flakes are small dried flakes of fish. They are pinkish in color. And when you have aisles and aisles of mysteriously labeled product and you think bonito flakes are some kind of green seaweed, you won’t find them.

I finally broke down and asked a woman working there. She slumped over to an aisle I’d been down before, raised her hand pointing and said, “Over there” and went back to her tasks. Based on that stellar direction, it still took us ten minutes to find the flakes.

Fast forward to Sunday and we’re heading up to my other sister’s house near Putnam Lake. We’re nearly there when I spy a series of low white fences reminiscent of horse paddies back in Texas. There are a couple of paddocks in them, and in one I saw… a camel. A real live camel, in profile. Two humps and everything. “Wow,” I said, “I’ve never seen a camel outside of a zoo before.” After a few seconds for the comment to register, Shae and Carlos started questioning my vision/sanity. “Go back, go back!” insisted Carlos. I got further ribbing at Debbie’s, until she pointed out that a nearby farm did host rescue animals so…

I know what I saw.

The weekend was short, the visiting was fun. The weather was sunny, if cold. And my great food hunt nailed almost everything. (No Bustelo instant decaf, although I did get Bustelo decaf grounds.) So, saying goodbye to Shaelee and Carlos, I got back in my car early in the (dark) morning and drove back home.

In the rain. Damn.

Epilogue: Once again I was in and out of New York in a pretty short time, and once again failed to have any time to visit with friends. Sorry, guys, next time I will make the time.