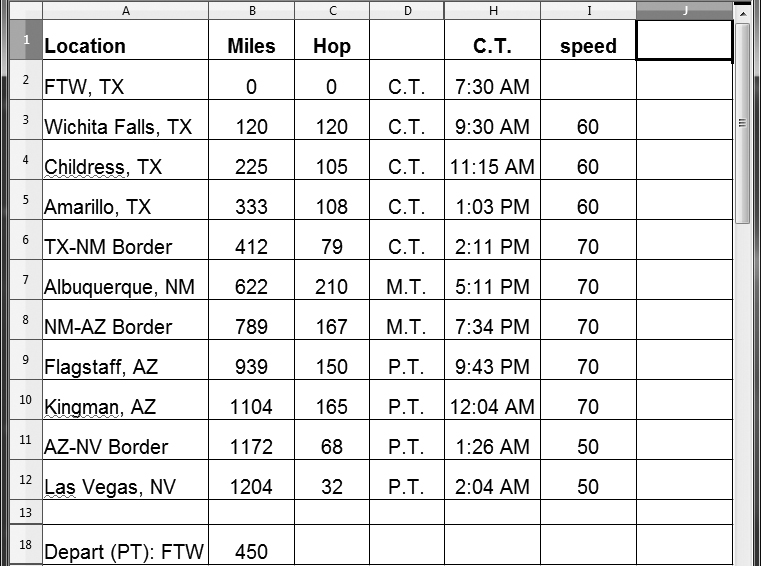 I mentioned in our trips to Northville and New Paltz how trip planning isn’t really our thing.

My own family trips are a different story.

When we moved from New York to Florida, we drove down in my Honda Civic. Not roomy, but how much room did an infant and a six year old need?

The move to Fort Worth was a plane ride, and thankfully that was on the company dime. Because four plane tickets are pricey, no matter how you slice them.

So when the time came to visit Las Vegas for the first time, we figured, “No problem.” I loaded up the Honda with Mary and the kids and luggage, and used the AAA directions which were fairly straightforward. I was the only driver at that point, but what’s 1204 miles anyway?

And the return trip was worse, because after 1175 miles I ran smack into normal rush hour traffic. I was so tired by that point I almost cried.

We were not doing that again.

So the next time I reworked the entire plan. As I said, four plane tickets was too expensive so we were driving. BUT, we certainly weren’t going to use the Honda again. Great on mileage (~45mpg at that point) but stingy on space. We agreed that renting a van was way too expensive also, but I still to this day can’t reconstruct the logical steps that led from that to, “Hey, let’s buy a van.” (Maybe the step after that is, “Profit!”)

Next, I put together the magic that I’ve used for all subsequent road trips: my Trip Spreadsheet.

I remembered the speed limits and range of the van between gas tanks, and determined intermediate steps to chunk up the trip. The numbers have adjusted slightly over the years, but this beauty has served me well.

My family would grumble at the rest stop rules – “No dawdling, we have 8 minutes!” – but when we called my in-laws from home to say we would be there tomorrow morning at midnight, by God we rolled into their driveway within 2 minutes of midnight.

The image above is for a straight 1204 mile run, which I did for many years, but I’ve recently revised it into splits with an overnight in Albuquerque.

I’ve also done a revision for my family in NY/NJ – a 1600 mile trip that I’ve only done in one shot once.

Anyway, with a solid schedule and an increasingly effective packing regimen, we’ve gotten these trips down to a science.

So that original van died earlier this year, and the Honda followed not too long after, but the schedule is still ready for the next great adventure.