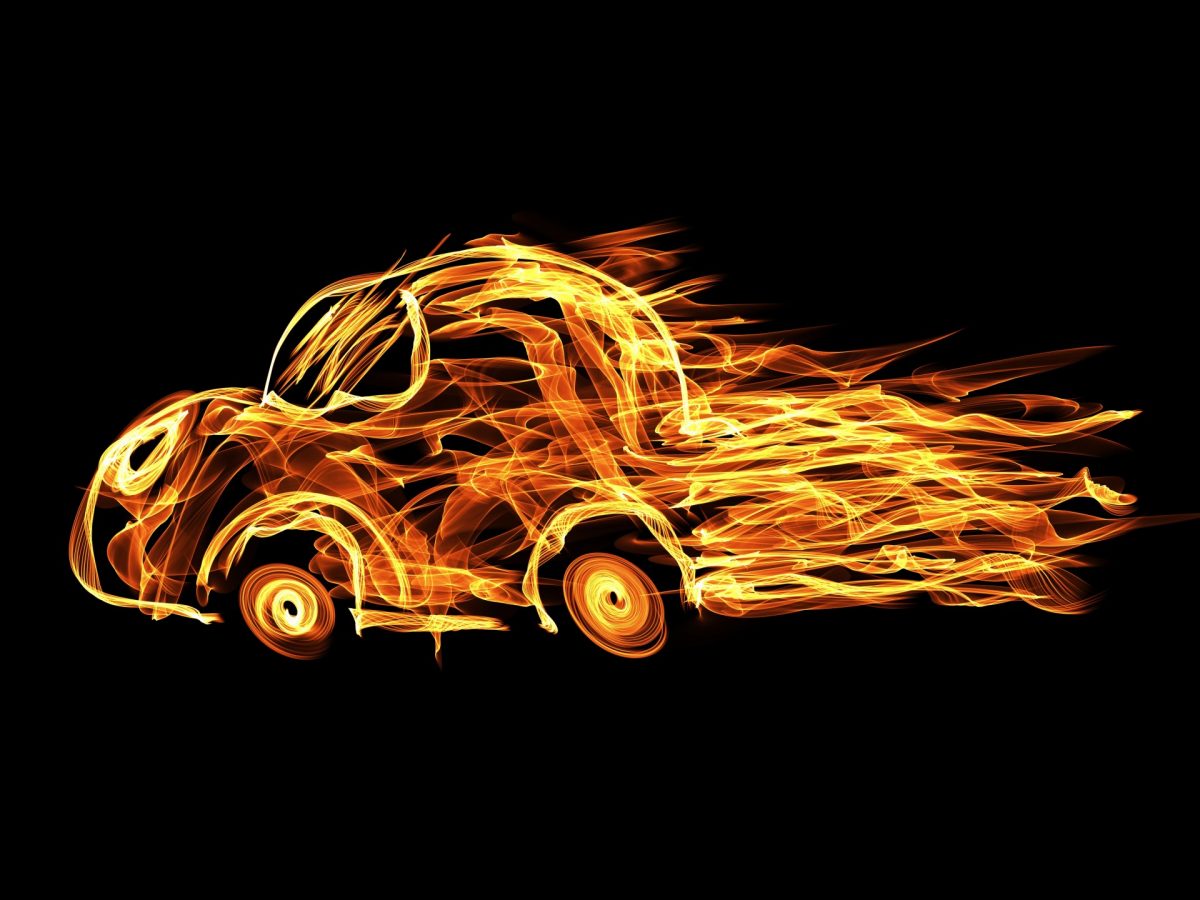 During my early college years we had an old Dodge Coronet. It was a decent car but suffered badly from rust. The quarter panels, for example, were rusted through at the bottom on both sides of the car, so if you had anything loose in the trunk and made a turn, it would roll to the side and disappear through the rust holes. It also had a largish hole in the floorboard on the front passenger seat, so we had to cover it with the rug or else it was Flintstone’s driving time.

So one day a bunch of us piled into the car to head to the mall – with me driving, my sister Helen in back with friends, and my friend Andrew up front.

Now I need to pause for a moment for a few words about Andrew. He was a friend of mine for many years, but we grew apart due to circumstances and (mostly my) choices. At this point, though, he was my best friend.

Anyway, he had a reputation for being a little paranoid at times. (“Andrew, the cars behind us on the highway are following us!” “Really? Where?”) So we’re driving down the highway and Andrew says, “I think I smell smoke.” Nobody in the car smokes, and I don’t smell anything, and Andrew is of course paranoid, so… “Nah, you’re imagining it.”

One minute later: “I see smoke!”

I look down, and there’s smoke drifting up from the passenger floor.

Apparently, Andrew had his foot on the rug sitting over the hole, and had pressed it down so it was touching the tail pipe. Hot tail pipe… combustible carpet… some time… voila.

I pulled over to the shoulder, and you never saw six people bail out of a car so fast in your life. Helen and I beat the flames with a bat and our feet, and managed to put it out.

I forget what we ended up doing that day, but the flaming car has stuck in my mind since. RIP Andrew.

2 thoughts on “Andrew and the Incredible Flaming Coronet”